The first boardgame session of the new decade! 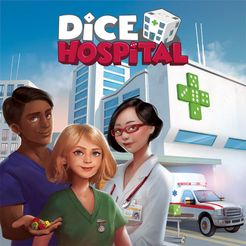 Elaine and I have been keen to try ‘Dice Hospital’ for a long time, and our attempts to play at GamesExpo were frustrated by the queues. So now Val & Chris own the game and it was our chance to get it on the table. Dice Hospital did not disappoint. The rules and premise of the game are fairly basic; the dice represent patients and your hospital has to try and treat/discharge them, whilst avoiding death and bed-blocking. On each round (out of 8 total) you select your ambulance of patients, upgrade your hospital facility (either staff or departments), treat dice admitted, decline dice you failed to treat, and gain points for discharged dice. At the start bed occupancy is not a problem, but becomes more of an issue as the game progresses. The upgrades chosen can create cascades, and nice engines form; some players are better treating very ‘sick’ dice, whilst others focus on more ‘healthy’ dice. At the end, scores were tight (I think Chris won) and everyone would happily see this game return to the table. We did not use the hospital ‘administrators’, nor the variable events deck, both of which add greater variety to game play plus differing player options/powers. 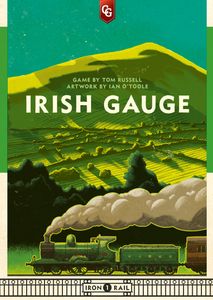 Next we tried ‘Irish Gauge’; a bidding shareholder game based on developing an Irish rail network. On the whole I’m not that keen on bidding games, I’m never sure about potential values and generally feel I’m bidding blind. I’m know with time I would get a better feel for such game play, but the mechanism holds little attraction for me. That is not to say that I did not enjoy this game, because it is fast and player interaction is good, it’s just that Irish Gauge would not be high on my list of games to replay. 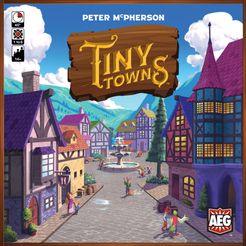 We rounded off the session with a quick game of ‘Tiny Towns’. I’ve discussed this game previously and still think it packs more of a puzzle than new players anticipate. The first few rounds of the game lull you into a false sense of security, the game play is easy. As the game progresses and your town begins to fill, the pressure mounts and it is so frustrating to find yourself boxed in! Hopefully Val and Chris will get the new expansion for Tiny Towns because more stuff will add to the challenges.
Posted by Snowydog at 02:41