Christmas is a time for families to get together and play boardgames. Gill, Paul and my niece Erin visited and we played a wide range of games, which I’m not going to detail. I think Paul emerged as the clear champion, with strong performances in logic games such as Onitama and Ganz Schon Clever. 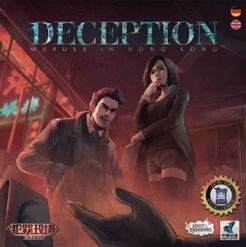 As there were 5 players I introduced a social deduction game I picked up second-hand at a show; Deception, Murder in Hong Kong. In the first game I took the role of Forensic Scientist. Everyone soon understood the game mechanics, but trying to enforce an uninterrupted 30 seconds of analysis for each player proved difficult, so we were more free-form, but I ensured all players had a say in each round. A good indicator for a game is the enthusiasm which players show for an immediate replay, and Deception did well in this regard because we played 6 games back-to-back! We found a fairly even split between the investigators uncovering the murderer, and the murderer getting away with it. The game worked well with 5-players and I think a few players more would be even better. A larger player count would also allow for the introduction of other roles (accomplice and witness), which would be interesting. I don’t think Deception will be played frequently, but it will come out in ‘party’ situations, even with non-gamers. 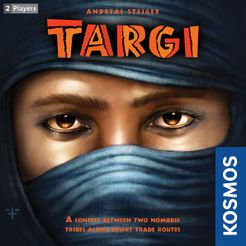 The other ‘new’ game played was the 2-player game, Targi (which I received as a prezzie). I have only played this game once with Elaine, and I think it may quickly become one of my favourites. The decision making aspect is tense, with a nice degree of player interaction. The rules and mechanics are easy to pick up, and I like the 30-45 minute timescale. Anyway, that’s 2018 done with; roll on 2019.
Posted by Snowydog at 03:33 No comments: 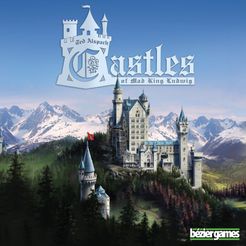 Visited Val and Chris for a pre-Xmas games session. We started with an old game that we have not played for a while; Castles of Mad King Ludwig. I love the theme of this game, so that even though I lost, the interest and achievement in putting together a ‘nice’ castle complex makes the game worthwhile. I feel we need to play more often so that I can start to understand the strategic options open to the master-builder when placing tiles for bidding. I’m sure I could make ‘better’ decisions during this phase. I also struggled to achieve many of my in-game goals, so it was not a surprise that I came last (but not too far behind). 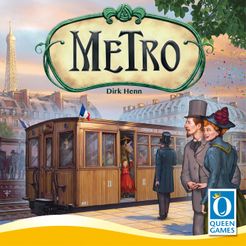 Next we played Metro, basically Tsuro on steroids! Elaine and I have recently played a few times as a 2-player game, so I thought we would do well. Of course, Val and Chris romped home easily! We played the basic game, but I am interested in trying some of the variants included in the game which look as though they radically alter the game play. 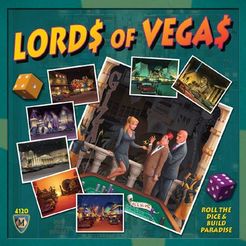 We finished by breaking out Lords of Vegas. Again, not a game we have played recently and my memories of it were vague. Really enjoyed the experience as the board developed and players tussled for control of key casinos. For a long time Elaine looked to have a commanding lead with stacks of money, but her luck deserted her in the final turns as the ‘Dice Gods’ thwarted every roll she made. The game was greatly enhanced by using some really nice poker chips rather than the disappointing paper money supplied in the game. Good poker chips are so tactile and fit with the theme of the game, and I’m surprised the publishers did not go with this option from the start! Both Elaine and I enjoyed this game so much that there is a good chance we will get our own copy (we usually avoid buying games that Val and Chris own to avoid duplication).
Posted by Snowydog at 02:48 No comments:

I have been continuing to paint my Punic Wars armies. I completed the Carthaginian spearmen with the more hoplite style figures from the Lancashire Games Battlepack. They have turned out more ‘Greek’-looking than I would have wanted, but they will do. In terms of value-for-money, I don’t think Lancashire Games can be beaten, and as a result, many of the forces for these armies will use their figures. 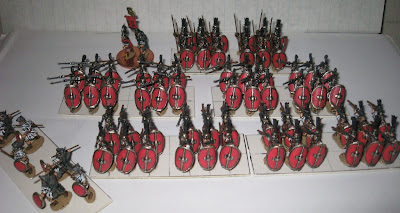 I have also made a start on the Roman forces using the pricier Xyston Figures. My first Legion is complete. The models are nicely sculpted and it is not too fiddly fixing the separate shields and weapons. They mix well with those from Lancashire Games in terms of scale. I was not certain about what colour and design to use for the shields, many examples I have seen have ornate designs. In the end I simply went for a plain red because somehow it just gave the figures a ‘Roman’ look. I think my mindset relates to Rome of the EIR-period best, and Romans simply look ‘right’ if they resemble the standard EIR Legionary. I also choose to arm both the Hastati and Princips with the Pilum.


My next group of figures are some Numidian cavalry, together with the Carthaginian horse. Then a large Spanish force. I am leaving the Elephants to last, acting as a form of incentive to complete the armies.
Posted by Snowydog at 03:27 2 comments: